Error type: "Forbidden". Error message: "The request cannot be completed because you have exceeded your quota." Domain: "youtube.quota". Reason: "quotaExceeded".

Did you added your own Google API key? Look at the help.

Check in YouTube if the id UCLel5W6JECBBiGUY3J_3IkQ belongs to a channelid. Check the FAQ of the plugin or send error messages to support. 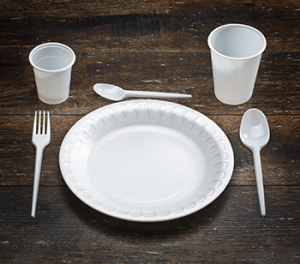 The Golden city has officially banned all foam products, and environmentalists across the nation are rejoicing.  In an effort to meet the city’s “No Waste by 2020” goal, the city has made it illegal to sell anything made from the harmful compound polystyrene, from packing peanuts to plates.

Though this was a big step for San Francisco, this isn’t the first measures taken to reduce foam within city limits. In 2007 the city banned polystyrene in to-go food packaging.  The vote to ban the petroleum based compound was unanimous, and San Franciscans seem happy with the verdict.

The ban will not be including the kinds of foam used in insulation, but is still a huge step in the right direction. Other cities across the US are considering a similar stance, but it can be hard to leave the cheap price of foam behind, despite the health and environmental damage it causes

This will require a huge change from business all across the Bay Area, as the ban also extends to packaging grocery stores use for meat and fish, as well as the foam coffee cups and ice chests. In an effort to give vendors enough time to
find suitable replacements,  the ban will be in effect starting January 1, 2017.

Each year millions of foam particles find their way from landfills and beach sides into oceans, the impact that this ban will have on wildlife will be huge.  It will also be interesting to see if neighboring California cities also start to adopt similar laws and move towards a more foam free environment.

The battle against foam continues, but this is a major win. What would your city do if such a law was passed? The time to start looking at alternatives to foam is now, not just when forced out of the option.

Comments Off on San Fran Ban